Since its founding in 1999, 3north has grown from a single architect to a multidisciplinary design firm with offices in Richmond and San Francisco. Their diverse portfolio of work — which includes hospitality, civic, commercial, educational, and residential projects — has earned awards and recognition for achievements in design excellence, environmental sustainability, and historic preservation.

The firm is deeply committed to supporting community nonprofits and has created an office culture that encourages pro bono work, broad-based volunteerism, board service, and speaking engagements. Beyond their community involvement, the firm’s principals and staff have a long history of service to the AIA and the profession. Through support of programming like AIA Richmond’s Front Porch and Richmond Women in Design, to engagement with AIA Virginia in the Emerging Leaders in Architecture program, the Art of Practice, and Architecture Exchange East, to service at the national level through the Small Firm Exchange, 3north has been a model for service to the profession.

In addition to cultivating a culture of service, the firm has nurtured an entrepreneurial spirit, founding several affiliate businesses and holding a number of patents pending. 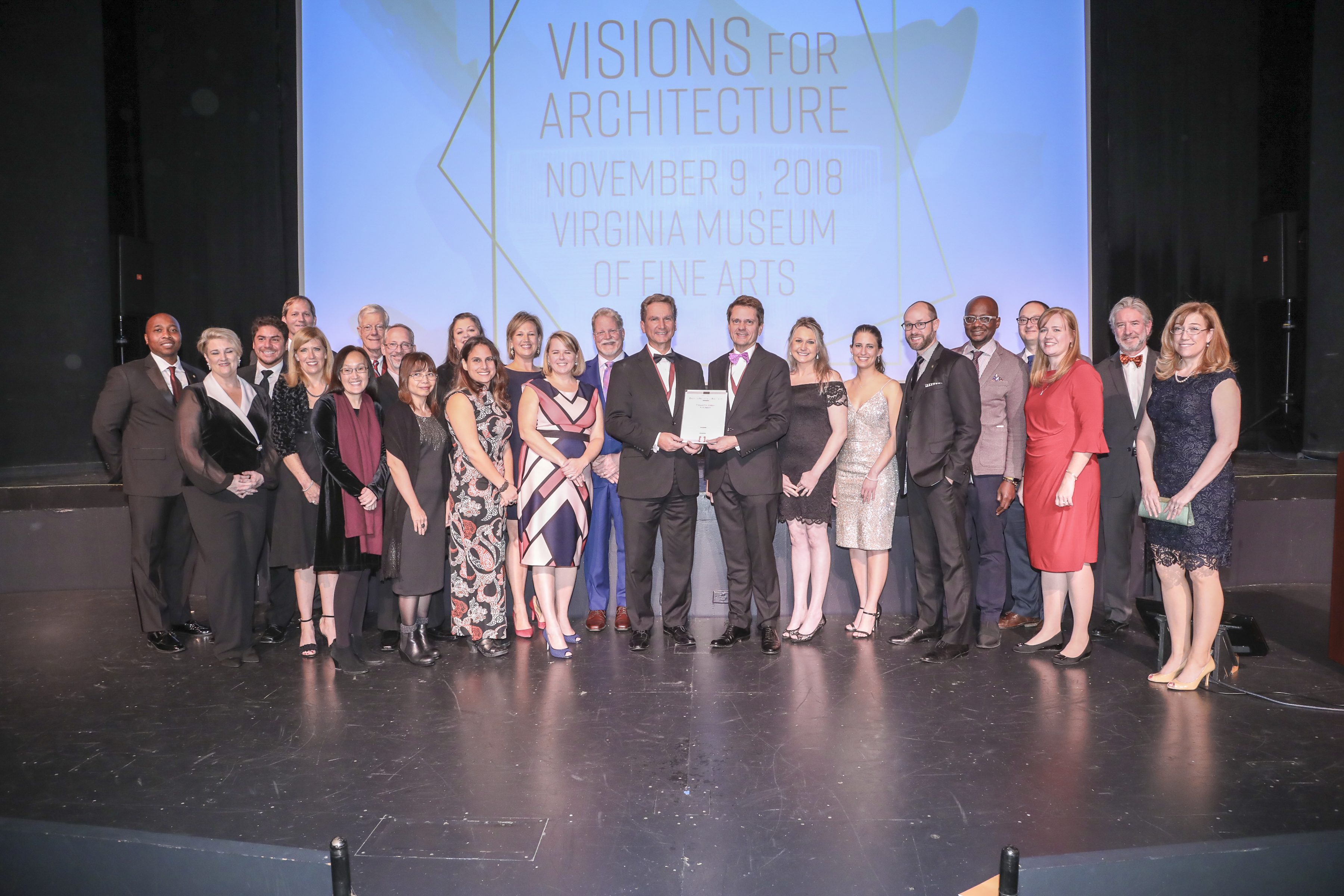 The T. David Fitz-Gibbon Firm Award was presented to MTFA Architecture at Visions for Architecture on Nov. 9, 2018. 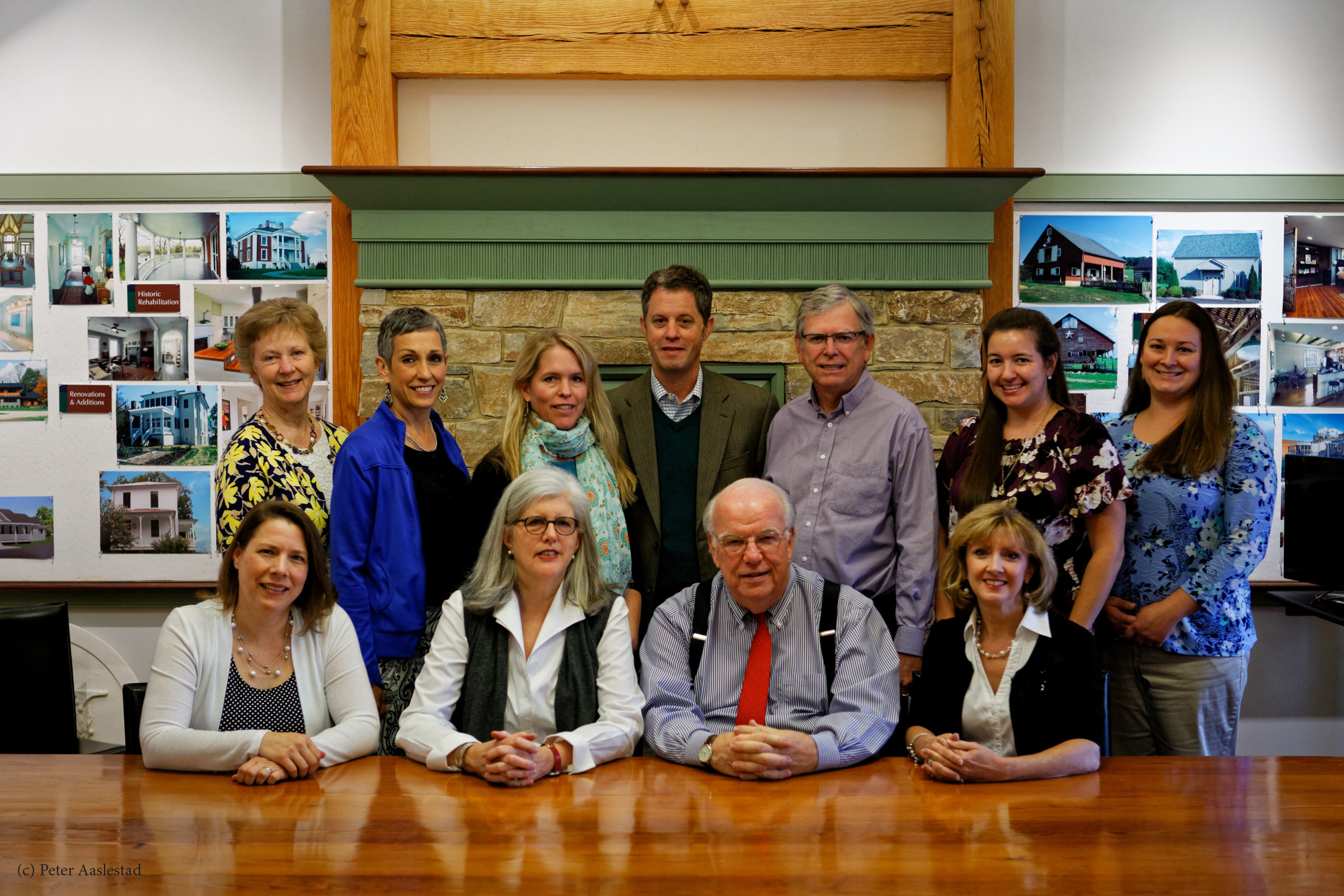 Frazier Associates will be presented with the T. David Fitz-Gibbon Virginia Architecture Firm Award at the Visions for Architecture gala on Friday, Nov. 3, 2017, at the Hotel John Marshall. Sometimes called the “firm award,” it is the highest honor bestowed by AIA Virginia to a Virginia-based architecture firm. It recognizes a firm that has consistently produced distinguished architecture for at least 10 years.

The core principle of Frazier Associates’ 31 years of architecture practice has been to help preserve, sustain and creatively revitalize Virginia’s communities and institutions through historic preservation and contextual design. Their extensive work in architecture, historic preservation, adaptive reuse and revitalization totals nearly 3,000 projects. The scope of their public and private architecture in dozens of Virginia communities consistently demonstrates the staying power of good design in the rejuvenation of historic buildings and creation of new ones. In addition, Frasier Associates has drafted more than 50 sets of design guidelines and pattern books for historic downtowns, neighborhoods, corridors and rural villages throughout the Southeast, and has been at the forefront of implementing wayfinding programs for communities in Virginia as well as nationally.

Recognizing that downtowns are the heart of our communities, in 1985 the Commonwealth of Virginia initiated a statewide Main Street program in cooperation with the National Main Street Center of the National Trust for Historic Preservation. As design specialists for the program, Frazier Associates provides design training and workshops for communities as well as facade design services for property owners.

Frazier Associates has been recognized with more than 150 awards for individual projects or professional achievements, on local, regional and national levels. Preservation Virginia presented the firm with the 2007 Mary Mason Anderson Williams Award, its highest honor, for statewide work in historic preservation. 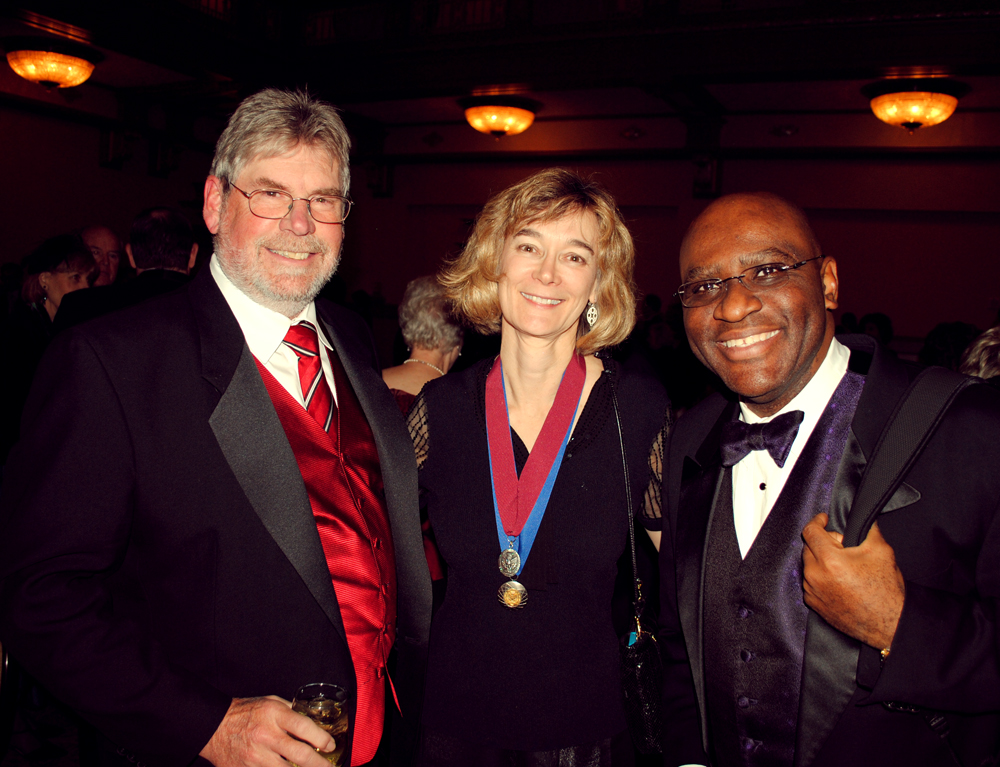 The Virginia Society AIA Honors program is accepting nominations for Virginians who exemplify the profession’s highest ideals and who are committed to enriching the built environment. Nominations will be accepted through 5 p.m. on Friday, July, 19, 2013. Awards will be presented at the Visions for Architecture gala on Friday, Nov. 8.

Nominations for all Virginia Society honors may be made by individual members, by chapter honors committees, by Society committees, or by the Board of Directors itself. Sitting Society board members and members of the Honors Committee are not eligible for Honors Awards.

The William C. Noland Medal, as the highest award bestowed on a member architect, is intended to honor a distinguished body of accomplishments, sustained over time, that spans a broad spectrum of the profession and that transcends the scope of normal professional activities. Only one medal may be bestowed each year.

The Architecture Medal for Virginia Service is the Society’s most prestigious public award, honoring an individual or organization that has made an unusually significant contribution to Virginia’s built environment or to the public’s understanding and awareness of the built environment. Only one medal may be bestowed each year but may be given simultaneously to more than one person.

The T. David Fitz-Gibbon Virginia Architecture Firm Award, as the highest honor bestowed by the Virginia Society to a Virginia-based architecture firm, recognizes a firm that has consistently produced distinguished architecture for at least ten years.

The Award for Distinguished Achievement signals distinguished achievement by an architect in any one of the following categories: design, practice, education, service as “citizen architect” , and service to the profession; and thus may serve as an accolade for the work of an entire career or recognize the current accomplishments of a younger leader. Up to three awards may be bestowed each year.

Honorary Membership is bestowed upon a person of esteemed character who is not eligible for membership in the Virginia Society but who has rendered distinguished and exemplary service, over a sustained period of time, to architecture and the built environment within the domain of the Society.

Virginia Society Honors may be bestowed on non-member individuals or organizations that have inspired, influenced, or complemented the architecture profession in Virginia through practice of an allied profession, research, education, planning, legislation, architectural writing, the arts, or crafts. An individual who has previously been elected an Honorary Member of the Society is ineligible to receive Society Honors.

The Test of Time Award recognizes architectural design of enduring significance. The structure must be no less than 25 years old. Building use may change over time if the overall design is cherished as a significant contribution to the community and the built environment.

Commonwealth Architects will be acknowledged with the T. David Fitz-Gibbon Virginia Architecture Firm Award during Architecture Exchange East at the Annual Meeting of the Membership on Nov. 3, and at the Visions for Architecture gala on Nov. 4 at the Virginia Museum of Fine Arts. Sometimes called the “firm award,” it is the highest honor bestowed by the Virginia Society to a Virginia-based architecture firm. It recognizes a firm that has consistently produced distinguished architecture for at least ten years.

Founded in 1999, the breadth and scope of Commonwealth Architects’ projects range from introducing a new high-tech medical research facility into a dense urban fabric, to transforming an historic hotel into a continuous-care senior-living community. Since its inception, the firm has actively promoted pedestrian-scaled, mixed-use urban architecture and adaptive use.  The principals and staff have provided years of service to their community, including service on Richmond’s Commission of Architecture Review, the Virginia Commonwealth University Architectural Review Committee, the City Planning Commission and Urban Design Committee, among others. Virginia Governor, Tim Kaine, Hon. VSAIA, says of firm principal Bob Mills, “[He] has helped make Virginia a leader in the use of historic investment tax credits and in the revitalization of our urban cores … His work has helped save elements of Richmond’s architectural legacy that surely would have been lost otherwise.”

The firm is especially celebrated for its preservation and adaptive use projects. “We value the work of Commonwealth Architects not only for their sensitive preservation of historic buildings, but also for their work to foster and sustain those buildings in active service cultivating a sense of community and place in the urban core of Virginia’s great cities,” said Kathleen Kilpatrick, Hon. VSAIA, Director of the Virginia Department of Historic Resources.

Particularly noted by the Honors Committee was the consistent high-quality of the design. “Commonwealth Architects’ commitment to exemplary sensitive design and strong leadership reflects their dedication to outstanding quality and service in their profession. Their philosophy of reinforcing communities by rehabilitating existing buildings and encouraging compatible infill development is their hallmark,” said Director of the Virginia Department of General Services Richard F. Sliwoski, P.E., Hon. VSAIA.