The 2015 Jury of Fellows of the American Institute of Architects (AIA) has elevated Robert S. Mills to its prestigious College of Fellows, an honor awarded to members who have made significant contributions to the profession.

Robert S. Mills, FAIA, CID, NCARB is one of the founding principals of Commonwealth Architects. With more than 32 years of 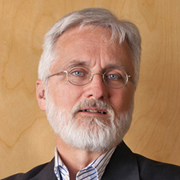 In addition to serving as the AIA representative on City and State Boards and Commissions, Robert served as Vice President for the Virginia Society AIA from 2002-2004 and in various roles within the  AIA Richmond over the years.

Recognized for exceptional service, leadership and professional expertise on the City of Richmond’s Planning Commission and Commission of Architectural Review, Robert received the Virginia Society AIA Distinguished Achievement Award in 2008 and the AIA Richmond Marcellus Wright Jr. Award for Public Service in 2012.

While serving as President of Commonwealth Architects, the firm was awarded the Virginia Society AIA’s T. David Fitz-Gibbon Architecture Firm Award in 2011. The highest award bestowed upon a firm by the Virginia Society, it underscores the invaluable contributions of rehabilitation and compatible infill design as catalyst for revitalizing livable communities.

Robert will be honored at an investiture ceremony at the 2015 National AIA Convention and Design Exposition in Atlanta in May.

The Fellowship program was developed to elevate those architects who have made a significant contribution to architecture and society and who have achieved a standard of excellence in the profession. Election to fellowship not only recognizes the achievements of architects as individuals, but also their significant contribution to architecture and society on a national level.

Commonwealth Architects will be acknowledged with the T. David Fitz-Gibbon Virginia Architecture Firm Award during Architecture Exchange East at the Annual Meeting of the Membership on Nov. 3, and at the Visions for Architecture gala on Nov. 4 at the Virginia Museum of Fine Arts. Sometimes called the “firm award,” it is the highest honor bestowed by the Virginia Society to a Virginia-based architecture firm. It recognizes a firm that has consistently produced distinguished architecture for at least ten years.

Founded in 1999, the breadth and scope of Commonwealth Architects’ projects range from introducing a new high-tech medical research facility into a dense urban fabric, to transforming an historic hotel into a continuous-care senior-living community. Since its inception, the firm has actively promoted pedestrian-scaled, mixed-use urban architecture and adaptive use.  The principals and staff have provided years of service to their community, including service on Richmond’s Commission of Architecture Review, the Virginia Commonwealth University Architectural Review Committee, the City Planning Commission and Urban Design Committee, among others. Virginia Governor, Tim Kaine, Hon. VSAIA, says of firm principal Bob Mills, “[He] has helped make Virginia a leader in the use of historic investment tax credits and in the revitalization of our urban cores … His work has helped save elements of Richmond’s architectural legacy that surely would have been lost otherwise.”

The firm is especially celebrated for its preservation and adaptive use projects. “We value the work of Commonwealth Architects not only for their sensitive preservation of historic buildings, but also for their work to foster and sustain those buildings in active service cultivating a sense of community and place in the urban core of Virginia’s great cities,” said Kathleen Kilpatrick, Hon. VSAIA, Director of the Virginia Department of Historic Resources.

Particularly noted by the Honors Committee was the consistent high-quality of the design. “Commonwealth Architects’ commitment to exemplary sensitive design and strong leadership reflects their dedication to outstanding quality and service in their profession. Their philosophy of reinforcing communities by rehabilitating existing buildings and encouraging compatible infill development is their hallmark,” said Director of the Virginia Department of General Services Richard F. Sliwoski, P.E., Hon. VSAIA.

In part at the urging of Commonwealth Architects in Richmond, the national AIA Government Advocacy team has been working with the Small Business Administration (SBA) to revise its definition of an architecture small business.

The agency’s latest proposal will move the definition to $19 million annual gross receipts from the current $4.5 million.  As of 2009, a majority of firms qualified for SBA business status based on their billings.  Should this change go through, 97.7 percent of the firms responding to the 2009 AIA firm survey would fall within the architecture small business category.

More information can be found on the AIA website:  http://www.aia.org/advocacy/federal/AIAB088628?dvid=&recspec=AIAB088628.  Included are links to discussion groups on the topic and a request to send comments, stories and empirical data to be used by the AIA to strengthen its discussions with the agency and congressional leaders.