Donna Woodrum Dunay, FAIA, will be recognized with the William C. Noland Medal by AIA Virginia for her significant and sustained work across education, advocacy, service to the profession, and leadership. As the highest honor bestowed by AIA Virginia upon an architect, the Noland Medal is intended to honor a distinguished body of accomplishments, sustained over time, spanning a broad spectrum of the profession, and transcending the scope of normal professional activities. The honor is in memory of William C. Noland, FAIA, one of the founders of the AIA in Virginia, its second president, and Virginia’s first member to be elevated to fellowship.

END_OF_DOCUMENT_TOKEN_TO_BE_REPLACED 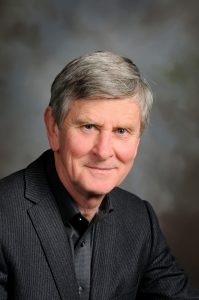 Throughout his  40-year career integrating teaching, research, and scholarship, Robert Dunay, FAIA, has expanded and refined the national discourse of architectural education. In multiple roles, he established innovative cross-disciplinary projects linking academia and practice through combined education al and applied research venues.  He has taught and significantly influenced thousands of architects; many who still reside in Virginia. As a consequence, he has had a significant impact on the quality of Architecture in the Commonwealth. Design Intelligence has ranked him as the Most Admired Design Educator four times — the most of any faculty in its 15 years of existence.

His contributions to education are matched by his advancements in professional knowledge building. His leadership of students and other faculty has positioned Virginia Architecture in the national and international arenas. LumenHAUS, a project sponsored by the Department of Energy for which Dunay served as co-leader, won the international Solar Decathlon Competition in Madrid, Spain. It was also recognized by the AIA with a national Institute Award for Excellence in Architecture, cited as one of the nation’s best works of architecture in 2012. Regionally, Dunay is a regular contributor to Architecture Exchange East and has served on the Design Committee, chaired the Honors Committee, and collaborated with others, winning the Virginia Prize for Design Research and Scholarship and six Awards of Excellence in Architecture.

When Virginia member Donna Dunay, FAIA, visited Japan in February, it seemed like a standard trip abroad for a busy academician. A professor and chair of the International Archive of Women in Architecture Center at Virginia Tech, she met with her counterparts with the Union of Women Architects Japan to finalize plans for summer exhibition and symposium in Tokyo highlighting the contributions of women architects to their field. The exhibit would celebrate the center’s 25 years of the work and signify the cross-border collaborations that are becoming more common in the 21st century.

Within a month, however, Japan would be hit with an unprecedentedly destructive earthquake and an associated tsunami and nuclear crisis. Soon it became clear that nothing in Japan would be routine for a long time, if ever.

Yet after temporarily putting their plans on hold, the exhibition’s organizers decided to move forward with their plans. “Though there is much rebuilding to accomplish,” says Dunay, who teaches architecture in the School of Architecture + Design in the College of Architecture and Urban Studies.  “Our Japanese colleagues decided to have the exhibition on the original schedule to restore a degree of normalcy and take this opportunity to showcase important history with the benefits that knowledge can bestow.”

The exhibition, entitled For the Future: The Pioneering Women in Architecture From Japan and Beyond, features the work of women architects from Japan, the United States and beyond, highlighting their accomplishments and, Dunay says, reveal their contributions to the built environment by giving this unacknowledged segment of the architecture profession a voice rarely heard. Dunay and architecture professor Kay Edge were featured speakers at a symposium associated with the exhibition, which opened last month at the Architectural Institute of Japan in Tokyo. The exhibition will later become one of the featured venues of the International Union of Architects meeting in Tokyo this fall.

Established in 1985, the International Archive of Women in Architecture Center is a joint program of the College of Architecture and Urban Studies and the University Libraries at Virginia Tech. The purpose of the Archive is to document the history of women’s contributions to the built environment by collecting, preserving, storing, and making available to researchers the professional papers of women architects, landscape architects, designers, architectural historians, urban planners and critics, as well as the archives of women’s architectural organizations.

Dunay says that before the earthquake, the exhibition in Japan offered a chance to highlight the work of women in architecture. Now, she says, the exhibition will also “promote the solidarity of our two countries looking into the future through the juxtaposition of work from Japan and the United States in an international partnership,” at a time when Japan needs help recovering from an unprecedented disaster.