Educator Henry Wheeler and legislative counsel Reginald N. Jones will receive Honorary Membership in AIA Virginia. Honorary Membership is bestowed upon a person of esteemed character who is not eligible for membership in the AIA Virginia but who has rendered distinguished and exemplary service, over a sustained period of time, to architecture and the built environment in Virginia. Wheeler and Jones will be celebrated at the Visions for Architecture gala on Friday, Nov. 8, 2019, at the Hilton Downtown Richmond.

Henry Wheeler was an instructor and, later, Department Head of Industrial Arts at Douglas Freeman High School in Richmond, Virginia. During a career that spanned four decades, he taught generations of students in his mechanical drawing, architecture, and engineering classes. Ahead of his time, he utilized a project-based-learning approach through a variety of increasingly complex assignments. Second and third year students were encouraged to pursue their own design interests with plenty of guided tutelage in independent study. When asked why he turned down a promotion into the school administration, Wheeler said, “I could have made a lot more money, but money isn’t everything. Happiness counts for a lot, and I enjoyed teaching. It was my first love.” His impact on built fabric of Virginia and beyond is immeasurable. Henry Wheeler inspired an astonishing number of his students — more than 354 of them by his own meticulous count — to life-long careers in architecture and allied professions.

For almost 40 years, Reggie Jones has been the legislative voice for design professionals in the Commonwealth. He helped shepherd the adoption of the original Virginia Public Procurement Act in 1982 through the introduction of design-build and the Design Build Construction Management Review Board, and the development of the Public Private Education Facilities and Infrastructure Act. Throughout this time, he has represented the interests of architects in many matters, including the statute of repose, indemnification, professional licensing, APELSCIDLA Board development, and concerns regarding encroachment on design professionals practice that required constant vigilance. Jones is an invaluable resource on legislative matters extending well beyond his scope of services. 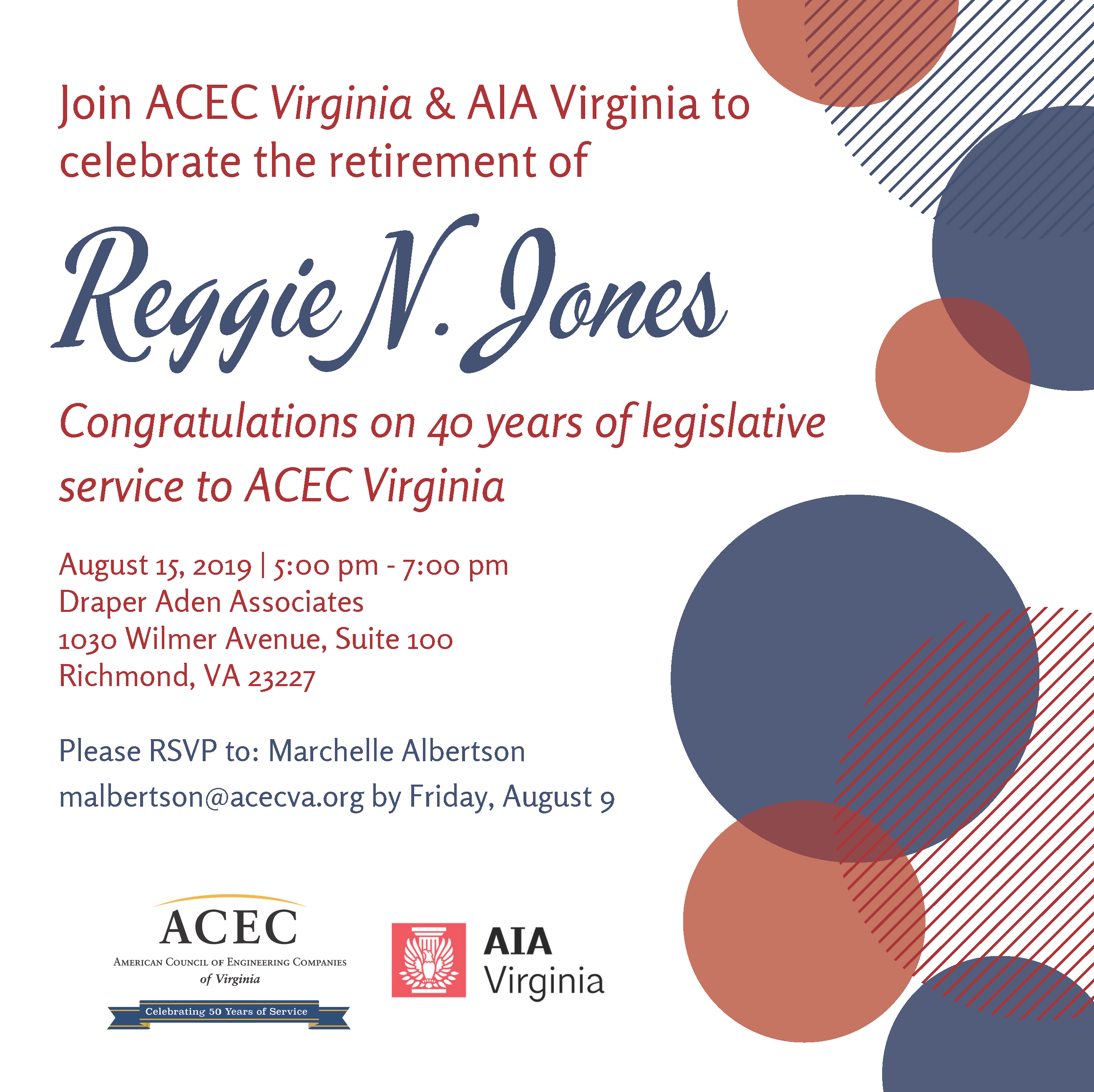 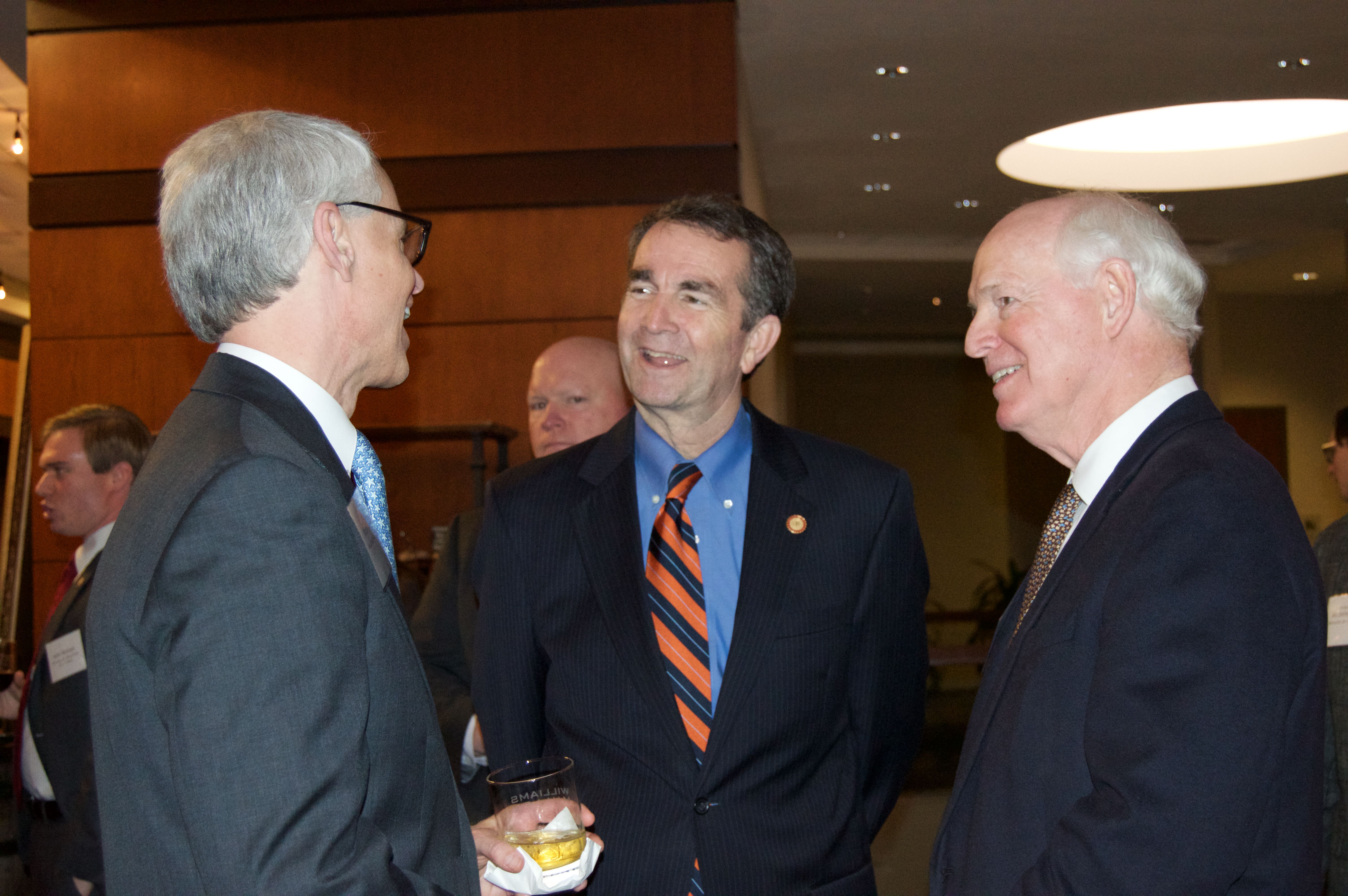 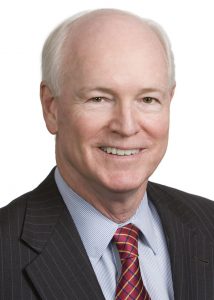 Reggie Jones, Partner at Williams Mullen, will be recognized with the Architecture Medal for Virginia Service at the Visions for Architecture gala on Friday, Nov. 9, 2017, at the Virginia Museum of Fine Arts. The Architecture Medal for Virginia Service is AIA Virginia’s most prestigious public award, honoring an individual or organization that has made an unusually significant contribution to Virginia’s built environment or to the public’s understanding and awareness of the built environment.

Jones’ decades of support for the profession of architecture and its practitioners coupled with his tireless efforts to protect Qualifications Based Selection in the Commonwealth has protected the health, safety, and welfare of generations of citizens and has served as a model nationwide. Jones helped shepherd the adoption of the Virginia Public Procurement Act based on the Brooks Act and has proven a tireless advocate for QBS for professional services. Jones is an invaluable resource on legislative matters extending beyond his scope of services.

Jones has more than 40 years of legal experience representing clients before the Virginia General Assembly and the agencies of state government. His practice specializes in government relations, health care, professions, technology, financial institutions and energy. Active in a number of business, community and civic organizations, he was a founding member of the Virginia Early Childhood Foundation’s board of directors and has served since 2006.