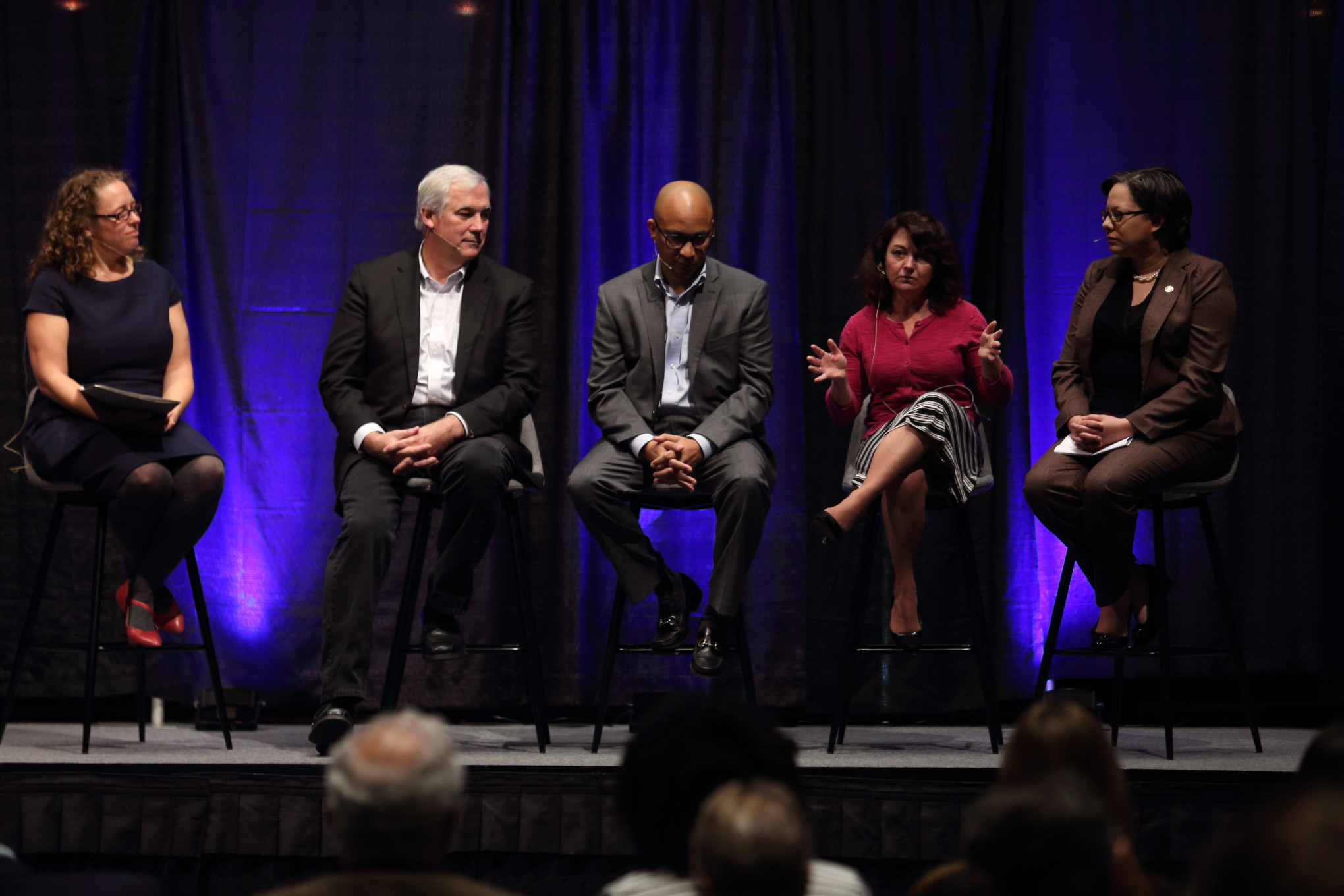 Housing plays such an incredibly important role in our lives, economies, and communities, making it a potential catalyst in the complex fight against systemic inequality.

Inspired by the Eviction Lab project out of Princeton University, whose research into eviction rates across the nation was released earlier this year, ArchEx is convening a panel of experts to discuss how housing projects, and the design processes behind them, can be interventions towards greater social and health equity.

Five of the top 10 evicting cities were located in Virginia – with #2 serving as our conference host city.

In the spirit of the American Institute of Architect’s national initiative entitled “Blueprint for Better Communities,” we’ll explore how architects, designers, and business leaders can empower their communities and work with elected officials and civic leaders to help begin solving the important issue of equitable, safe, affordable housing.

Spots are filling fast, so be sure to register for seminars, tours and events before they sell out!

The Honorable Jennifer McClellan — Senator, Virginia General Assembly
Senator Jennifer McClellan was elected to the Senate of Virginia in January 2017. She serves on the Agriculture, Conservation & Natural Resources, Local Government, and Transportation Committees. Jennifer chairs the Dr. Martin Luther King, Jr. Memorial Commission, and serves on the Virginia Indian Commemorative Commission and the Task Force on the Preservation of the History of Former Enslaved African Americans. She co-chairs the Capital Region Caucus, serves as Vice Chair of the Virginia Legislative Black Caucus, and is a member of the Rural Caucus, Women’s Health Care Caucus, and Fire and EMS Caucus. She also serves on the Southern Regional Education Board Legislative Advisory Council. In 2017, she was selected to be a Hunt-Kean Leadership Fellow. Since 2008, she has served as a guest columnist for the Richmond Times Dispatch during the General Assembly Session.

Prior to her election to the Senate, Jennifer was a member of the Virginia House of Delegates for 11 years, serving on the House Education, Commerce and Labor, and Courts of Justice Committees, the Virginia Crime Commission (Executive Committee) and the Virginia Conflicts of Interest and Ethics Advisory Council.

Housing has been a key issue for the senator.

Roy Decker — Principal, Duvall Decker
Roy Decker once taught architecture alongside Samuel Mockbee at Mississippi State. Roy and his wife, Ann Marie Decker, own a diverse practice in Jackson, Mississippi and are practicing nationwide. Since the founding of Duvall Decker nearly 20 years ago, Roy and Ann Marie Decker have focused mostly on neglected corners in and around Jackson, Mississippi’s capital. To pay the bills, the two have redefined for themselves the ambit of a small architectural practice. They have become developers and even branched into building maintenance.

Bernard served the Town of Siler City, NC, for six years as its Director of Planning and Community Development, during a time of unprecedented housing and commercial growth. He is a graduate of VCU’s Master of Urban and Regional Planning Program, and earned his B.S. in Public Administration and Political Science from James Madison University.

Christie Marra, Esq., is a family and housing law attorney with the Virginia Poverty Law Center and a member of the steering committee of the Campaign to Reduce Evictions. Marra began her legal career working with a legal aid program in the coalfields of southwest Virginia. She was hired by the Central Virginia Legal Aid Society in Richmond, where she worked for thirteen years as a family and housing law attorney for the urban poor in the Richmond area. In 2004 she joined the Virginia Poverty Law Center, which provides legal aid training and public policy advocacy.

Kathryn Howell, Ph.D., an assistant professor in the Urban and Regional Studies and Planning program of the L. Douglas Wilder School of Government and Public Affairs at Virginia Commonwealth University, is an expert on affordable housing, community development and gentrification.

Dr. Howell investigates ways to interrupt ongoing patterns of migration, displacement and segregation in cities. Her work focuses on affordable housing and public spaces to explore redevelopment, displacement and governance. She has specifically looked at the preservation of affordable housing in Washington, D.C., examining the intersection between policies, governance and the built environment. She was previously a practitioner in local government developing housing and community development policy in Washington, DC and Maryland agencies.