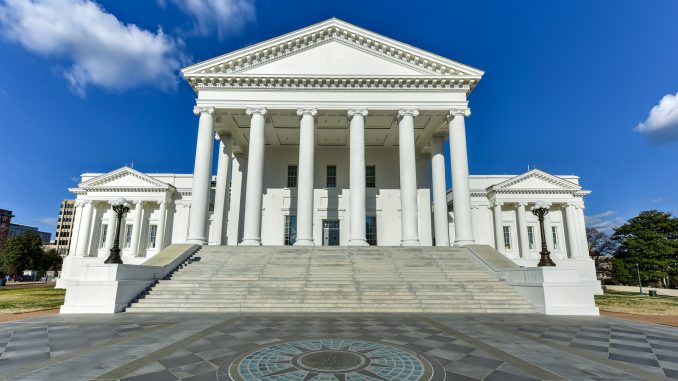 Politically, it is a new day in Virginia.  What once seemed to be a doomed Democratic party is now in control of both the legislative and executive branches of government.  Not so long ago, the three elected statewide offices were getting pummeled with negative national press regarding “black-face” scandals with the Governor and Attorney General and sexual assault allegations against the Lieutenant Governor. There was a moment where prominent Democrats in Virginia and in Congress were urging for the resignation of Governor Ralph Northam.  It appears he has weathered the “storm” and in fact can make the case to be one of the most consequential Governors that Virginia has seen.

Now, Democrats control the Senate by a count of 21 to 19 and the House 55 to 45.  This is the first time Democrats controlled the state government in nearly 30 years. Speaking of firsts, the 2020 General Assembly will welcome the first female Speaker of the House in the 401-year history of the legislative body. In addition, this is also the most diverse legislature ever with a record number of women and minorities to hold a seat.  It should be noted that this diversity includes the first female Muslim legislator, Sen. Ghazala Hashmi and the first African-American/first woman Majority Leader, Del. Charniele Herring.

Type of Legislation to Expect

Democrats have many “pent-up” demands that will be presented in the General Assembly this year now that they are in control.  Many predict that passing the Equal Rights Amendment will be the first order of business.  Next, expect to see minimum wage raised, the ushering in of gun safety measures, and legislation that prohibits discrimination against underrepresented groups.  For architects, we will see action on affordable housing, transportation, broad-band expansion, and mitigating a changing climate.  We will have many opportunities to engage and shape the policy that impacts our communities.

AIA Virginia works in partnership with the American Council of Engineering Companies of Virginia during each General Assembly for our advocacy efforts.   This year, we have two major goals:  to eliminate the “duty to defend” language in pubic project indemnification contract clauses and to work with the Associated General Contractors of Virginia to get a statute of limitations in the law for the work we perform on state projects.  Our professional liability insurance will not defend other parties, thus posing substantial risk to our members who do public work.  In addition, the locality’s attorneys typically will not strike this clause as architects and engineers are viewed as a commodity (if firm A doesn’t sign this, we will just go to firm B).  Getting a statute of limitations on the books will put a finite cap on how long you are liable for your design work on all state projects, including public universities.

In addition to these priorities, we are advocating and monitoring bills in the arenas of school safety, resilience, sustainability, and housing access affordability.

Statute of Limitations – AGC filed bill with language from AIA/ACEC

Please be on the lookout for weekly General Assembly updates on the bills we are actively engaging and monitoring beginning the week of January 17.

Also, please support our advocacy efforts by investing in our PAC.  We can’t do the great work we are doing without your support.

Important Dates of the General Assembly

Virginia’s New Emergency Temporary OSHA Standard for COVID-19: What All Employers Must Do Now