The 2017 Jury of Fellows from the American Institute of Architects (AIA) elevated 178 AIA members to its prestigious College of Fellows, an honor awarded to members who have made significant contributions to the profession. These new Fellows will be celebrated at the 2017 Virginia Fellows Fete in Blacksburg on March 18 and honored at an investiture ceremony at the AIA Conference on Architecture 2017 in Orlando.

Paul is President and founder of LeMay Erickson Wilcox Architects in Reston, Virginia. Mr. Erickson has practiced in the greater Washington, D.C. metro area and mid-Atlantic for nearly 40 years. He has served the profession as an active leader of the AIA Virginia and AIA Northern Virginia chapters, juror for prominent design competitions, and as a popular speaker at national conferences and symposia. In 2014, AIA Northern Virginia presented Mr. Erickson with the Award of Honor, the chapter’s highest award. 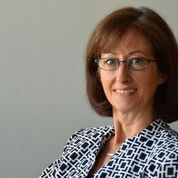 Lori is a Senior Principal and Vice President at Glavé & Holmes Architecture in Richmond, Virginia. Over the course of her career, Lori has demonstrated excellence, creativity, and initiative within the design profession. In addition to receiving the Distinguished Achievement award from AIA Virginia and the Marcellus Wright Jr. award from AIA Richmond, she was the first recipient of the AIA’s Women in Architecture and Design Athena Leadership Award in 2010. Lori served as president of AIA Virginia in 2012 and as president of AIA Central Virginia in 1998.

Kevin is Partner and Senior Director of Architecture for OTJ Architects in Washington, D.C. Kevin has served as President of AIA Northern Virginia and on the board of AIA Virginia for multiple terms. He is the recipient of the 2004 AIA Young Architects Award and his work has received awards from AIA, IIDA, and NOMA. In 2004, Kevin was the chair of the AIA Diversity Committee where he increased the awareness of minority involvement in the organization. He contributed to the book Becoming an Architect – A Guide to Careers in Design which delineates pathways for potential architecture students, interns and young architects on their way to becoming established professionals.

Chuck is a Partner at Reader & Swartz Architects in his hometown of Winchester, Virginia. Their seven-person design firm has won over 60 design awards and has been published in a wide array of national and regional publications. In 1993, only three years after starting his office, Chuck was already recognized by Progressive Architecture magazine as an architectural activist in the magazine’s triennial Young Architects issue. His firm’s work on cultural projects is changing his hometown in terms of education, childhood development, recreation, culture, and quality of life. Through his situational, provisional, and inventive approach to design, as well as his respect of history and place, Chuck is reshaping his small city and having a positive effect on his community through design excellence.