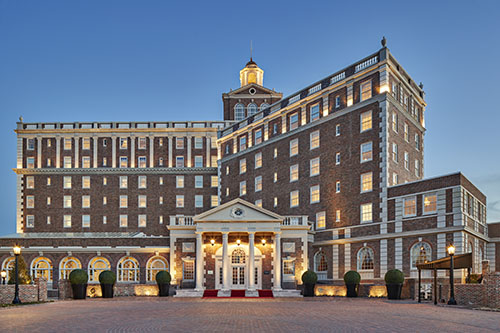 AIA Virginia publicly endorsed and supported a letter written by Preservation Virginia to Governor Ralph Northam that offers the perspective of using the Historic Rehabilitation Tax Credit (HRTC) as a vehicle for economic recovery. With some state officials projecting a $2 billion dollar budget deficit over the upcoming biennial, difficult spending decisions will have to be made regarding the recent budget. The letter notes that the spending generated by construction and related activities generates $4.20 to $5.30 of economic impact for every $1.00 of tax credit. In addition, it indicates that the HRTC program resulted in $467 million in economic output, supported by nearly 10,000 jobs for every $1 invested through the first three years. 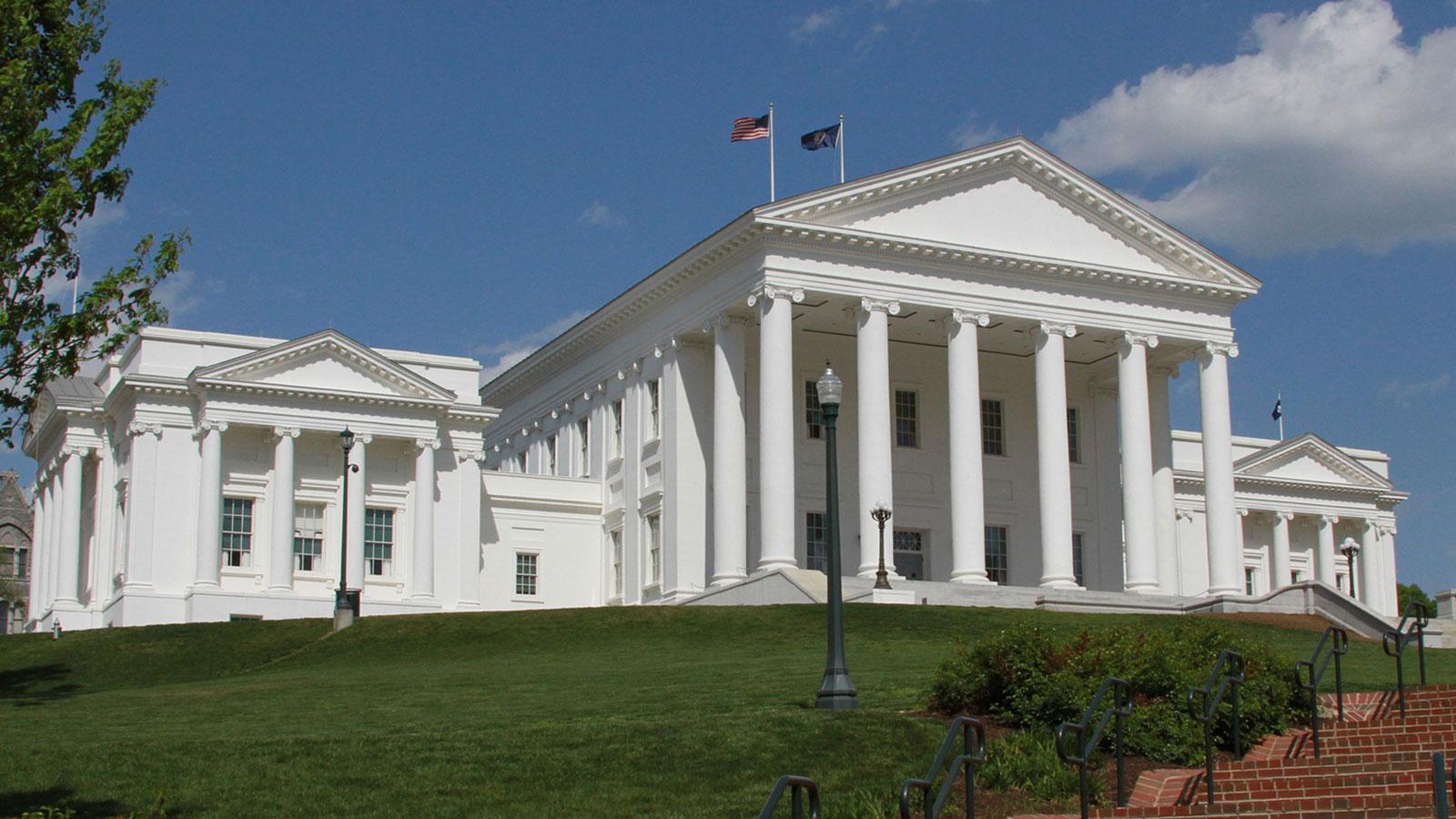 As we’ve shared with you, a broad coalition* of supporters of Virginia’s Historic Rehabilitation Tax Credit (HRTC) Program have been working with members of Virginia’s Joint Subcommittee to Evaluate Tax Preferences  (JSETP) over the last six months to help them better understand the program’s benefits.  After extensive analysis, the JSETP agreed to defer consideration of any potential legislative changes until an independent study of the program’s effectiveness has concluded. The study is underway and a report is expected to be released this summer.

Despite this understanding, Governor McAuliffe’s proposed budget includes a provision that places a $5M cap on taxpayers participating it the Historic Rehabilitation Tax Credit program. Legislation (HB 1635 and SB 1034) has also been introduced would institute an individual taxpayer cap similar to the Governor’s proposed budget amendment.

We will continue our aggressive work over this session to defeat HB1635 remove the per-taxpayer cap. In the coming weeks, we’ll be calling on you to express support for the program and join us for meetings with legislators.

Federal Historic Tax Credits (HTC) may be coming under fire as well. The incoming administration is prioritizing tax policy and it is believed that proposed tax reform will be hostile to tax credit programs.

Preservation Action is hosting a webinar on the topic on Jan. 19 at 2 p.m. If you’re interested in getting involved in the effort to preserve the federal HTC, put March 14-15 on your calendar for Preservation Action’s Lobby Day in D.C. We’ll share more information as it becomes available.

On behalf of AIA Virginia, President Nick Vlattas, AIA, attended the Aug. 29 meeting of the Joint Subcommittee to Evaluate Tax Preferences to urge legislators to reject a repeal, sunset or cap to Virginia’s Historic Rehabilitation Tax Credit (HRTC). [Read his public testimony.] He was joined by Vice President of Government Advocacy Tim Colley, AIA, member Kathleen Frazier, AIA, and representatives from dozens of other businesses, homeowners, non-profits, associations, churches, and communities who came from all over the Commonwealth to speak in support of the credit.

They also heard an informative report from John Accordino, Ph. D., FAICP, Professor, and Director of VCU’s Center for Urban & Regional Analysis, who presented data on the economic impact of the Virginia HRTC.

Julie Langan, from DHR, presented a report on the program itself, calling out a number of successful projects and responding to several inquiries posed during the subcommittee’s meeting in June.

And finally, a staff member from Virginia’s Department of Taxation provided follow-up information to several additional questions that arose during the last meeting.

Unfortunately, the public comment period was limited to 30 minutes, so only a small handful of citizens were able to share their views.

Legislators asked a number of very probing questions, focused on the program’s ROI and the heavy concentration of investment in the Richmond metro area compared to other areas of the state. They also suggested several topics for further study. The subcommittee is reviewing these tax preferences as part of its systematic review of all tax preferences in the Code of Virginia. After its review, the subcommittee will make a recommendation to continue, expand, modify, or eliminate it. Their particularly close scrutiny of the HRTC program (and many others) is likely due to the need to narrow or close a projected 1.5 billion dollar shortfall in the two-year budget.

It is clear we have much more work to do to protect Virginia’s Historic Rehabilitation Tax Credit. Based on their inquiries, we’re working with a coalition to gather data.

Members with insights into how a cap to the credit might impact the program, the profession, or experience working within HTC models in other states (particularly Ohio) are encouraged to contact Rhea George at rgeorge@aiava.org or (804) 237-1768.

Read the Richmond Times-Dispatch’s analysis for more information (plus a great quote from Kathy Frazier’s remarks before the subcommittee).

AIA Virginia Position
AIA Virginia, a Society of the American Institute of Architects, strongly supports the Virginia’s Historic Rehabilitation Tax Credit as an important tool for economic development and a critical driver in the preservation of Virginia’s rich cultural heritage.

97% support Virginia’s Historic Rehabilitation Tax Credit
(2% have no opinion; >1% do not support)

The vaunted Virginia historic tax credit program is under attack by the IRS.  A tax court ruling favoring the Commonwealth’s position on the program was appealed by the Internal Revenue Service and reversed upon a hearing by the U.S. Court of Appeals for the Fourth Circuit.

The issue is whether the partners in such a tax credit swap are exchanging property.  The IRS believes it is property and can be taxed as income.  The Commonwealth and the businesses, organizations, and institutions on the other side say it is a non-taxable exchange.

“Clearly, if this sticks, it will kill redevelopment in Virginia and put a lot of people in financial trouble,” Robert S. Mills AIA, CID, said in a telephone conversation.  Mills is a principal with Commonwealth Architects in Richmond.  “State and federal tax credits are the best catalyst we’ve had to encourage developers to come back to the cities and redevelop empty properties.  This would stop such development in its tracks and we’ll start to see developers running back to the suburbs.”

In making its March ruling, the Fourth Circuit panel of three judges overturned the decision of the U.S. Tax Court, which decided in December that capital contributions to Virginia historic rehabilitation tax credit partnerships were not equivalent to the sale of property.  The Fourth Circuit’s ruling, in effect, makes these transactions taxable.

The principals in the suit are appealing for a hearing by the full Fourth Circuit.  The American Institute of Architects and others have been asked to join an amicus brief being crafted by the National Trust for Historic Preservation.

“This will force a firm like mine that has focused almost entirely on existing structures to change our model,” Mills said.  “It’s a niche that is timely, that makes full sense considering the economy.  I am fearful that this will really change the dynamic growth that we’ve seen in all of the cities in Virginia.”

“The reason we have tax credits is that renovating old buildings is expensive,” Kathleen Kilpatrick said.  Kilpatrick is the director of the Virginia Department of Historic Resources, which determines which projects receive state tax credits.  “There is a gap between the cost and the economic value.  If you suck that out, you will be putting projects under water.  Without these incentives, many projects won’t pencil out.”

She explained that not only would many current projects be economically unfeasible without the tax credits, but should the IRS wish, it can go back six years to impose income taxes upon every renovation project that received such tax credits.

At stake, she indicated, is the amount of income tax that would be imposed on the tax credit incentive.  For example, if a $10 million project received a 25 percent tax credit, that $2.5 million would be taxable.  At the 35 percent rate, such a tax would cost the partnership — and this example project — $875,000.

According to DHR figures, Virginia’s tax credit incentive program — modeled closely on the federal program — began in 1997 and has benefited 1,971 projects that have generated more than $2.7 billion in renovation investments.  The tax credits for these projects come to more than $677 million. In effect, each state tax dollar generated $4 in private investment.

Some recent projects covered in these numbers include:

According to a study prepared for DHR in 2006 and updated in 2010, 58 percent of the survey respondents said they would not have rehabilitated their property without state tax credit assistance.  Another 15 percent said they were unsure whether they would have proceeded with the projects without the credits.

The study went on to calculate the direct impact of the credits and arrived at these figures:

The study was conducted by Virginia Commonwealth University’s Center for Urban Development within the schools Center for Public Policy.