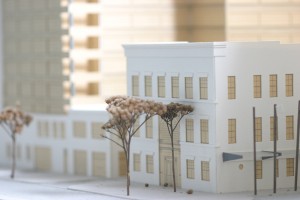 On Dec. 7, 2011, a broad coalition of design and construction industry organizations asked the White House and Congressional leaders to put aside partisan differences and enact legislation that will return this sector to its role as one of the biggest job-producing engines of the American economy.

The signatories to the letter commended the President and Congress for repealing both the three-percent withholding mandate on government contractors and expanded the Form 1099 information reporting requirements. However, much more needs to be done to return the sector to its former prominence as an engine of the economy.

“Rather than blame each other for a sluggish economy, the two political parties can enact legislation that will jumpstart the economy just as the presidential election cycle begins in earnest,” said AIA President Clark Manus, FAIA. “The last thing either party wants as it campaigns for re-election is an economy that sputters along with an unemployment rate that in my sector is greater than 13 percent.”

Indeed, the design and construction industry accounts for 5.7 percent of the Gross Domestic Product, employing more than seven million Americans who design, construct and maintain the infrastructure on which our economy depends. When unemployment in this sector is high, the letter states, “the impact is felt in every community across the nation.”

“The recovery of the construction industry is vital not just to the millions of people working in the industry, but to the end-users of construction: the American people,” said 2011-12 ASA President Kerrick Whisenant, preconstruction director, Cornerstone Detention Products Inc., Tanner, Ala. “Virtually every American lives, works, or travels in the built environment. This is a rare opportunity where leaders on both sides of the aisle can agree on a path forward that meets the needs of millions of Americans and provide a jumpstart to the economy with better tax policies.”

“The pent-up potential for employment can quickly turn into action that will not only benefit the economy, but have a direct impact on the health and welfare of communities and the public,” said Nancy Somerville, Hon. ASLA, Hon. AIA, and executive vice president and CEO of the American Society of Landscape Architects. “Urban infrastructure, public health, energy, transportation — America must lead on these and other issues, and Congress holds the keys to freeing the creativity and innovation that is central to our national identity and has been stalled by uncertainty.”

“Passing long-delayed infrastructure bills and enacting measures to encourage greater private sector investments in construction will help put many unemployment construction workers back on the job,” said Stephen E. Sandherr, the chief executive officer of the Associated General Contractors of America.  “Our economy will not fully recover until the millions of construction workers that have lost their jobs during the past four year can once again find work.”

About The American Institute of Architects
For over 150 years, members of the American Institute of Architects have worked with each other and their communities to create more valuable, healthy, secure, and sustainable buildings and cityscapes. Members adhere to a code of ethics and professional conduct to ensure the highest standards in professional practice. Embracing their responsibility to serve society, AIA members engage civic and government leaders and the public in helping find needed solutions to pressing issues facing our communities, institutions, nation and world. Visit http://www.aia.org/.
Visit http://www.aia.org/. Twitter: http://twitter.com/AIA_Media
Facebook: http://www.facebook.com/#!/AIANational

About the American Subcontractors Association, Inc.
Founded in 1966, ASA amplifies the voice of, and leads, trade contractors to improve the business environment for the construction industry and to serve as a steward for the community. ASA’s vision is to be the united voice dedicated to improving the business environment in the construction industry. The ideals and beliefs of ASA are ethical and equitable business practices, quality construction, a safe and healthy work environment, and integrity and membership diversity.

About ASLA
Founded in 1899, ASLA is the national professional association for landscape architects, representing some 16,000 members in 48 professional chapters and 68 student chapters. The Society’s mission is to lead, to educate and to participate in the careful stewardship, wise planning and artful design of our cultural and natural environments. Members of the Society use their “ASLA” suffix after their names to denote membership and their commitment to the highest ethical standards of the profession. Learn more about landscape architecture online at http://www.asla.org/.

About AGC
Located in the Metropolitan Washington, DC area, The Associated General Contractors of America (AGC) is the leading association for the construction industry. Operating in partnership with its nationwide network of Chapters, AGC provides a full range of services satisfying the needs and concerns of its members, thereby improving the quality of construction and protecting the public interest.