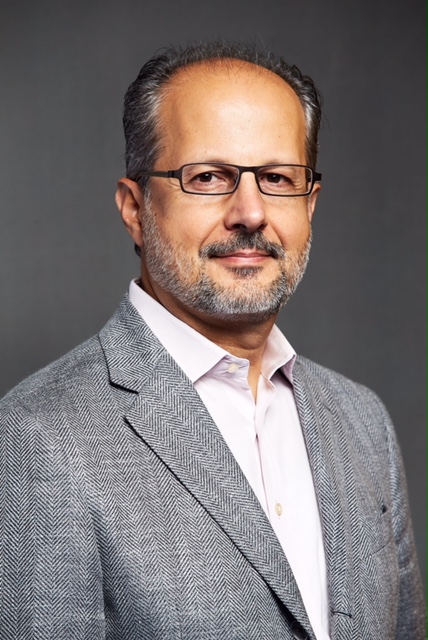 Charles Matta, FAIA is Director for the Center for Building Information Programs, and Deputy Associate CIO for US GSA. Prior to this role he served as national Director for Federal Buildings & Modernizations overseeing a program of 120+ buildings nationwide. He garnered several federal and corporate awards, including the CoreNet Global Innovator’s Award, the GSA Achievement Award for Real Property Innovation, and the top eight for ‘igniting innovation’ by the American Council on Technology ACT-IAC.

Before joining US GSA, Charles established ‘Matta Architects’ (1994- 2002), a diversified practice in municipal, recreational, and residential projects. His work was published in the Washington Post, Washington Times, House and Garden, Inform, Builder, and Remodeling magazines. He is the recipient of several design industry awards including AIA Award for Excellence in Architecture for an embassy project in Washington.

Charles is former President of AIA Northern Virginia and a Fellow of the American Institute of Architects for his industry contributions to the practice of Architecture. He also served (2010 -2016) as Vice Chair on the Arlington County Historical Affairs and Landmarks Review Board.

Where did you go to college?
My first 2 years of College included a stimulating Beaux Arts education in Beirut, followed by 3 years in the Architecture program at the University of Tennessee Knoxville. Upon with a B. Arch I joined a Mediterranean design firm for 2 years. My interest to pursue graduate school work culminated in a Master of Architecture degree from Virginia Tech.

What does it take to be an architect?
I see architecture as a lifelong pursuit. It is a way of life, rather than simply a job within the building industry. It is a commitment, one could say a calling, to make positive contributions to the built environment.

Was there an architect that particularly inspired you?
I tend to be less focused on a specific architect, but rather inspired by completed works that move me with awe and admiration. I remember having such an uplifting architectural experience upon seeing the following modern era masterworks for the first time, and ever since:
• Bibliotheque Nationale (Paris 1868) by Henri
• Chrysler Building (New York 1928-30) by William Van Alen
• Fallingwater (Pennsylvania 1935) by Frank Lloyd Wright
• TWA terminal (New York 1962) by Eero Saarinen
• Heydar Aliyev Center (Baku 2013) by Zaha Hadeed

What are you currently reading?
The Levant history and archaeology in the eastern Mediterranean, Konemann Press.

What’s the best meal you’ve ever had?
A sumptuous meal prepared by a young master sushi chef in Tokyo in 2015