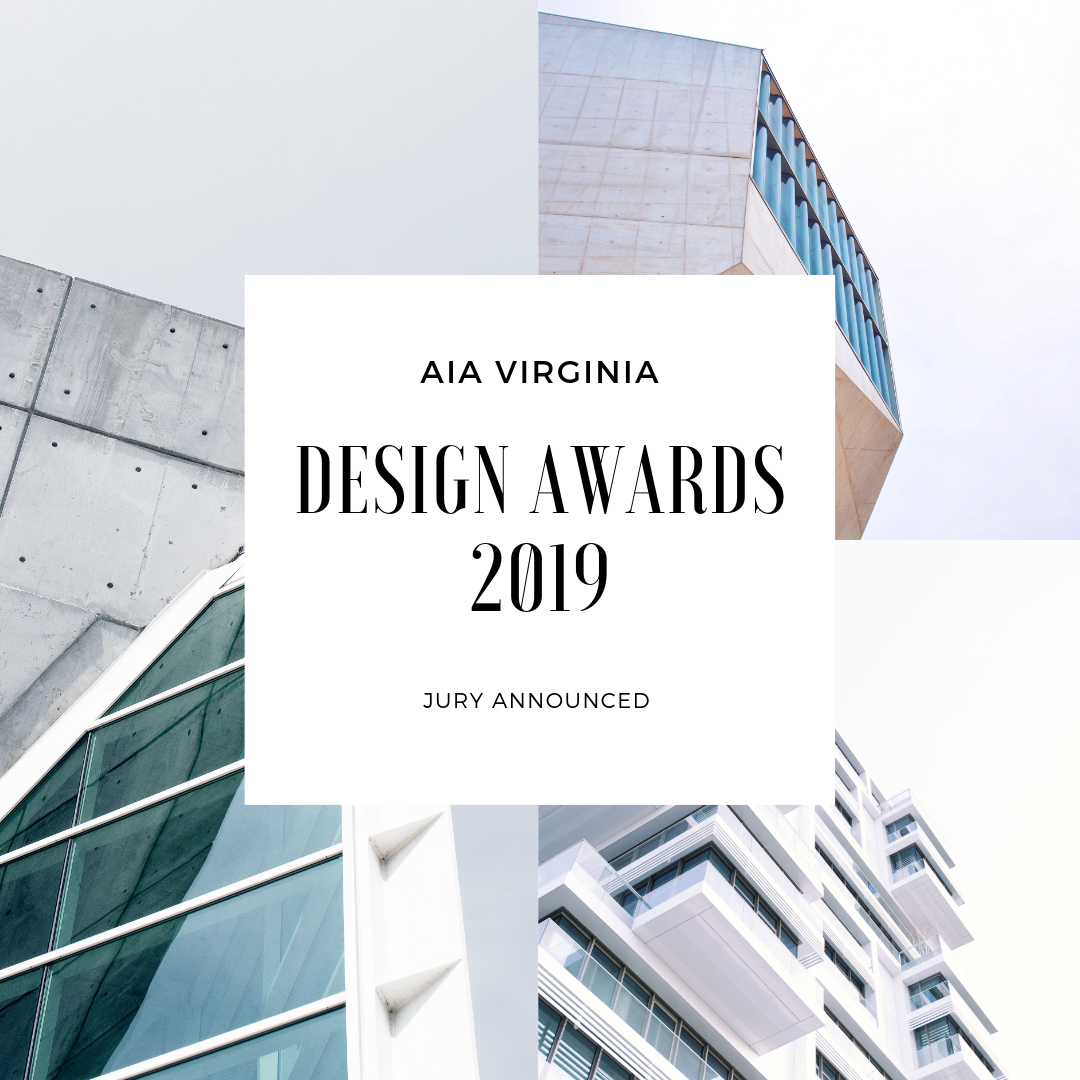 AIA Virginia is pleased to announce the jury members for the 2019 Design Awards program. The Design Awards program recognizes outstanding design — both built and unbuilt — from the past eight years. Five categories are considered by the jury: Architecture, Historic Preservation, Interior Design, Contextual Design, and Residential Design.

The awards are expected to be announced in the fall and will be celebrated during Architecture Exchange East and at Visions for Architecture on Nov. 8, 2019.

Beha is Principal of Ann Beha Architects, a Boston practice known for its exploration of heritage in dialogue with contemporary design. She founded ABA to focus on preservation and adaptive re-use, and has led ABA to honors for new design and construction and planning, extending its reach nationally and internationally.

She has been Design Principal at the University of Chicago, Princeton University, Cornell University Law School, Yale University, and MIT. Her civic projects include the United States Embassy in Athens, Greece, and projects at the Smithsonian Institution’s National Museum of American History, Boston’s Museum of Fine Arts, and at the Newberry Library in Chicago.

Beha received a Master of Architecture from MIT, an undergraduate degree from Wellesley, was a Loeb Fellow at the Graduate School of Design at Harvard University, and Distinguished Visiting Professor of Design at the City College of New York. She is a member of Harvard University’s Design Advisory Council, received the 2018 Award of Honor from the Boston Society of Architects and the 2019 Honor Award from the State Department’s Bureau of Overseas Building Operations Industry Advisory Group.

Rodrigo Abela is the principal in charge of GGN’s Washington, D.C. office and leads national and international projects. His award-winning work is recognized for its striking clarity in form, materials, and purpose.

Abela holds a Bachelor of Science in Engineering from Cornell University and a Master of Architecture and a Master of Landscape Architecture from the University of Virginia. His award winning projects include the landscape at the National Museum of African American History and Culture, CityCenterDC, and the winning design for the National Mall Design Competition for Union Square.

Founder of New York architecture firm Caples Jefferson Architects with Everado Jefferson, Sara Caples is committed to designing cultural, educational and community facilities for neighborhoods underserved by the design professions. She frequently lectures at schools, community, and professional events, and has served as the Louis I. Kahn Visiting Assistant Professor of Architecture at Yale School of Architecture; Visiting Critic at University of Miami and Syracuse University; and lecturer at many more colleges and universities. Her passion for design is embodied in the tenets of her firm: Architecture must communicate; Architecture must deal with social issues & cultural context and Architecture must have formal coherence. “We try to make each project very specific to what it is,” says Caples. “That means that the aesthetic development of each project [differs], and it also means, in a way, that each project is its own artistic statement.”

Anthony Pangaro has transformed the Boston skyline with his building projects. An architect by trade and a former Loeb Fellow at Harvard University’s Graduate School of Design, Pangaro’s career in development has included residences, downtown development, and the comprehensive redevelopment of the historic Filene’s department store in Downtown Crossing. He has served as the Manager of the Southwest Corridor Transportation Redevelopment Project for Massachusetts, advisor to the Government of Puerto Rico, and the New York State Urban Development Corporation.  His passions for history, contemporary design, neighborhood revitalization, and service to the community, have been the hallmark of his distinguished career.

As a Senior Program Planner for Yale University, Jim oversees many of Yale’s largest projects, capitalizing on his passion and success in designing and implementing creative solutions to complex problems. Representing multi-faceted client groups, Elmasry’s expertise in programming and design has informed and enabled remarkable outcomes for Yale and its stakeholders, as well as the architects who he directs.

His projects reflect the extensive design and project management experience he developed while working on dozens of award-winning higher education, civic and performing arts projects along the East Coast during his 26 years with Newman Architects.